SWOT analysis may be referred to as the framework for analyzing the opportunities, weaknesses, strengths, and threats of a company. It helps companies in minimizing their risk factors and also taking the opportunities to achieve success. It can also be considered as an effective framework to analyze the internal factors of the company. Nike is an American-based international company that has more than 1000 retail stores in 170 countries around the world. It is the largest supplier of athlete apparel and shoes throughout the world. The SWOT analysis of Nike is outlined as follows:

Nike has a huge customer base as it deals with millions of customers around the globe. Nike owns a lot of loyal customers who truly follow the trends of the company, provide their valuable feedbacks, and participates in different events organized by the company. As per Statista, due to the immense customer base, Nike’s brand value has increased to $34.8 billion by the end of 2020. This is the most vital aspect of SWOT Analysis Nike. 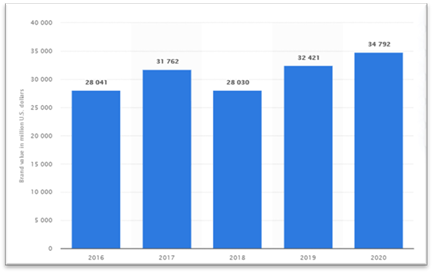 Most of the footwears of Nike are produced in the foreign countries which helps the company in maintaining lower cost and thereby enhances its profitability. Vietnam produced almost 50% of the total footwear of Nike during the fiscal year 2020. Moreover, China, India, Indonesia, Brazil, Mexico, and Italy also manufacture the footwear products of Nike. SWOT Analysis Nike.

From SWOT Analysis Nike, the company operates in numerous segments and the brand is counted as one of the most recognizable brands throughout the world. According to Statista, the global market share of the company is predicted to remain constant at around 27.4% in the sports footwear market during the next few years. The product of Nike plays a major role in maintaining the strength of the firm.

The "Don't do it" campaign of Nike is an effective paradigm of its social awareness and this campaign was launched by the company to support the black communities. SWOT Analysis Nike. Such measure of the company was a step taken by them to oppose racism which was an appreciable move and related to Nike vision statement.

Nike imposes exceptional marketing campaigns which makes it different and unique from the other brands in this industry. During the fiscal year 2020, Nike spent almost $3.5 billion on marketing campaigns which indicates that the brand is highly inclined to make expenses for generating more demand in the market. On the other side, SWOT analysis Nike also suggests that the brand uses the same campaign throughout the 170 countries in which it operates and successfully uses social media platforms for drawing the attention of its target customers.

mainly focuses on producing sporting apparel and over-dependency on this significant section is a major weakness of the company. The pandemic situation of 2020 imposed a crucial negative impact on the physical interactions of people which may further decrease the overall revenue of the company. Several sporting teams were broken down during the situation which had subsequently decreased the revenue of the company by the end of 2020. SWOT Analysis Nike.

The financial statements of Nike reflect that apart from the growth and development of the company, it is still facing financial threats. According to SWOT analysis Nike, the long-term debt of the company was around $9.54 billion as per the report of 2020 which is another major weakness of the company. 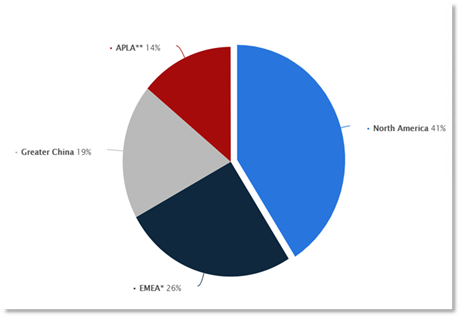 The contradiction of strategies is one of the major weaknesses of Nike that may leave a significant negative impact on its future performances. Based on the SWOT analysis Nike the company made a plan to use 100% renewable energy under the scheme of “Move to zero” which aims at performing the tasks with zero carbon emissions. This strategy develops a contradiction which reflects that the strategy of Nike is supporting innovation over sustainability. This may create a negative impression about the brand among its customers and may break their trust as well.

There are several legal allegations against Nike which creates a negative impression about the company’s performance among its target customers. Nike has recently been accused of discrimination by one of its former employees. SWOT analysis Nike also indicates that the company violates Equal Pay Act. Such obligations are notable weaknesses of the company that may make the entity suffer a lot in the future.

Nike aims at producing innovative products to meet the diverse needs and demands of its customers belonging to different regions. Nike has also innovated wearable technology that can monitor the physical health of its users. The company is aiming towards combining the technologies with athletic wear which is going to open huge opportunities to the company in the market. SWOT analysis Nike.

Nike is renowned for its vast financial resources and with the help of such resources, Nike has acquired Celect. It is mainly a predictive analytics platform that is going to assist the company in boosting its online sales to a larger extent, which contributes to the strong structure of Nike. Nowadays, most companies are going digital which is why such a decision of Nike will benefit the company in the long run. SWOT Analysis Nike.

This strategy has been implemented by Nike during the pandemic situation and it subsequently shaped the company’s interactions with its customers. Nike shifted its focus on digital business and started closing most of its physical stores during the pandemic. As found from SWOT analysis Nike, 35% of the total revenue of the company came from their online dealings during the fiscal year 2020. This indicates the successful implementation of the strategy and it is going to boost Nike's performance in the future as well.

Nike is currently operating in different foreign countries and it has more opportunities to expand its operations as well. Emerging markets in different countries such as; India, China, and Mexico are currently flourishing which indicates higher opportunities for Nike to expand its business operations that will lead to maximizing its profitability. SWOT analysis Nike.

Several independent manufacturers supply essential products to Nike. Therefore, it can be stated that the brand has the opportunity to acquire these manufacturers to streamline its supply chain in a significant way.

Nike is one of the most successful brands in the athlete industry but it faces numerous competitions in the market. Puma, Reebok, and Adidas are the major competitors of Nike that may threaten the company's sustainability in the future. SWOT Analysis Nike.

Nike operates in different countries around the globe which is why fluctuations in the rate of foreign exchanges affect its performance in the market. Nike reports its earnings in U.S. dollars which may threat the company.

Global recession imposes challenges for all the companies around the globe. During the covid-19 outbreak in 2020, the revenue of the brand decreased by almost 38% and has chances to get reduced further, if such recession strikes hard in the following period. Though it is a common threat for all companies and brands, precautionary measures need to be taken by its authorities to reduce the losses.

Counterfeit products are always a major threat for the company as several retailers offer low-quality products at low prices with the tag of Nike. This creates a wrong impression regarding the company among its consumers and may threaten its existence in the market in the future.

Top Tier Academic Support for You

Need more papers like SWOT analysis Nike, talk to our experts today. At EduHelpHub, we work with leading academics team to provide excellent support to higher education students, on a variety of assignments such as this one. So, matter what your assignment you are struggling with, our team of essay writer is always there for you.