Starbucks Corporation which is essentially known for redefining the café experience has undertaken series of promotional strategies over the years. It is currently the leading specialty coffee and coffee house chain in the world. Alongside of its operational activities, the promotion of Starbucks has a major role to play behind its success. In this article we will thoroughly discuss about the promotion of Starbucks and its underlying strategies and how it has helped the company to create a formidable brand.

According to the article by Forbes, the company is utilizing different strategies to enhance its growth potential. One such technique is growing the number of stores. To build its brand, Starbucks not only concentrated on expanding its store presence but also promoted by engaging in-store mix. The coffee giant focused more on the drive-thru sections to cater to the urban and suburban areas. This strategy assisted in-store penetration and is expected to increase both sales volume and profitability. Apart from this, extending digital engagement is also a strategy incorporated to promote the operations. As revealed by Forbes, nearly 1/4th of all the transactions for the company occur through mobile payments in the U.S market. The company’s digital engagement ‘Mobile Go and Pay’ records 20% of the overall transaction, suggesting that the company is increasing its digital footprint as well. Also, through investment in ‘Takt’ which is a joint venture between Starbucks and BCG, the digital marketing strategy of the brand is expected to be benefitted. With this, promotional activities can be undertaken considering the spending nature of consumers to a more direct impact. 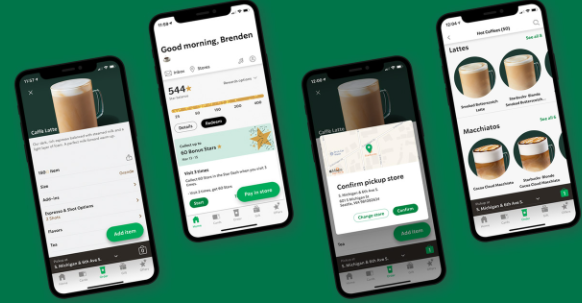 Forbes presented that with nearly 90 million transactions per week in 25000 stores globally, a high volume of data is being collected which is being used through Artificial Intelligence (AI). These data are processed for marketing, sales, and business decisions to ensure that the steps taken by the entity are coordinated with the purchasing pattern of consumers. In the case of promotional activities, the article suggests that Starbucks launched its reward program to increase its data about consumption and purchasing habits. Through this platform and application, more than 30 million active users are connected. Apart from this, promotion through personalizing Starbucks experience is also launched where consumers are informed through mobile application about the new products, café or reward system. This creates a personalized promotion strategy where consumers can remain updated with the plans of the business.

Although Starbucks has direct promotional channels and techniques, in some cases the company faced cases of indirect promotions. According to the report of CNBC Starbucks gained an estimate of $2.3 billion in free advertising due to the coffee cup spotting in an episode of ‘Game of Thrones’. Pictures and videos of this incident went viral on social media within hours of the episode airing. According to the report of Yahoo Finance, the marketing agency firm ‘Hollywood Branded’ suggests that Starbucks and ‘Game of Thrones’ were mentioned together 10627 times on online radio and television after the airing of the episode. This is excluding the social media promotion of the company due to such an incident.

Promotion in the post-COVID-19 era

Forbes mentions that before the pandemic, Starbucks was adding more drive-thru locations in its operational portfolio and was considered to double it within three to five years. However, due to the current crisis, its plans have accelerated and it is expected that the store will achieve the target within the next 18 months. This is mainly because stay-at-home orders and digital orders have increased considerably for their perception as safe channels. The company also announced that it will speed up its new store development plans and expand its drive-thru and will be developing its promotional plans accordingly. Digital promotions and offers through loyalty programs are considered as the essential steps to promote the brand.

Forbes specified that there are different marketing and promotional techniques that the brand follows which sets the roadmap for the company. Firstly, using event-based days is a key aspect in the promotion of Starbucks. The brand can improve on this and can add more events to its list for providing free samples or rewards to its targeted audience. This can help in increasing consumer engagement through promotional activities. Apart from this, the brand can also create a product specifically for social media promotion. Social media is a key part of the digital promotion of Starbucks as it allows direct engagement with consumers as well as bridging the gap between consumer and product. By creating a specific product for social media, a different form of specific promotional activity can be launched that can cater to the requirement of the consumers.

It has been also found that social media platforms should be considered as a priority for promotional activities considering the benefits of the same. By using social media platforms for the promotion of Starbucks, the company not only connects with consumers but can also build the brand portfolio on such platforms. This can assist in having a competitive edge in the market as well as keeping the competition in check. Apart from social or digital media, Starbucks can utilize its core strength of café for its promotional activities. The stores of Starbucks are known for their compact and comfortable surroundings. This can be further improved considering different themes based on the location and section of consumers present. For example, in the case where the age group of consumers is between 20s-30s, the café can be built for a leisure environment. On the other hand, if the café is located near corporate surroundings, it can provide limited seating with sectional capabilities for discrete conversation. The idea of such promotion of Starbucks is to increase the footfall of consumers based on their requirements. Data collected from consumers through online and offline modes can be used to improve efficiency in such a medium.

For further promotion of Starbucks, steps towards social and environmental benefit programs can be considered. CSR or Corporate Social Responsibility programs can be launched by the company for maintaining the balance in the ecological system or making a change in the social structure. This further aligns with the Starbucks mission statement and vision statement. Promotion of Starbucks through such a technique is expected to create benefit to the society while enhancing the image of the consumer. Although CSR activities are undertaken by companies for non-promotional steps, the company can launch a different form of CSR activity which can have the factors of benefit and promotion. For example, as a part of the promotion of Starbucks, the company can offer free coffee to the consumers that have successfully planted a tree or free coffee can be provided to those who are actively involved in environmental safeguard measures. The idea of such a promotional technique is to maintain a balance in society while achieving the set goals of the brand. Thus, the aim involves both internal growth of business and external societal advantages.

Apart from this, the promotion of Starbucks can also undertake steps through its organizational chains to maintain a balance in the ecosystem. For example, Starbucks can develop its natural plantation which can provide coffee without using pesticides or chemicals. This will reduce the irreversible effect on soil and can provide the consumers with healthy alternatives. Although this can increase the cost of the company, the long-term benefit of such promotional activities can bring a positive impact for both the company and the environment. Also, in many cases, it has been identified that coffee production leads to soil erosion, loss of forest land, and various other forms of damage to the land. Through such CSR policies of the company, the brand can ensure a balance in the environment while continuing with its operational activities.

Thus, the promotion of Starbucks brand can be done through various ways which can involve both digital and non-digital activities. However, the company needs to consider both the short-term and long-term impact of such promotions to ensure that it is bringing a positive change for the company as well as for its stakeholders.

Hire an Expert for your Essays today

Need professional guidance for essays like Promotion of Starbucks or Starbucks Organizational Structure? You have come to the right place. At EduHelpHub, we provide top tier academic services to higher education students, on a wide variety of subjects and paper types. Our team of essay writer is always available for you to help you with any assignment that you are struggling with.